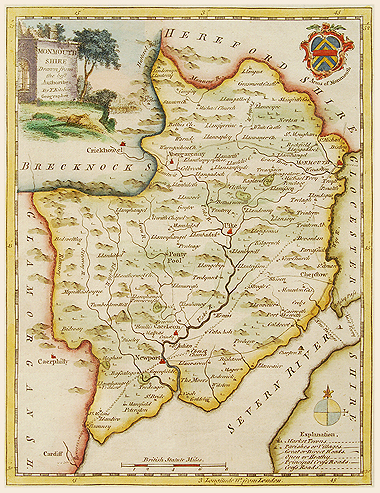 Thomas Kitchin (1718 - 1784) was probably the best known cartographer of the 18th century. He was an engraver and publisher of great repute, having co-operated with a number of equally famed contemporaries.

Appointed Hydrographer to King George III he had an enormous output of maps, town plans and charts, many devoted to British Cartography.

The first engraving that gave Thomas Kitchin some prominence were his 56 maps of the English and Welsh counties published in the London Magazine from 1747 - 1760.