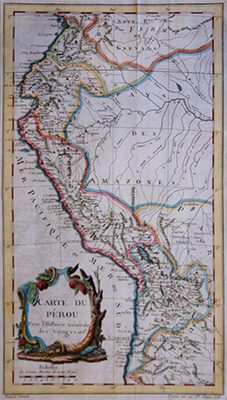 This map was completed for "Histoire Generale Des Voyages” and printed between 1758 -1775.